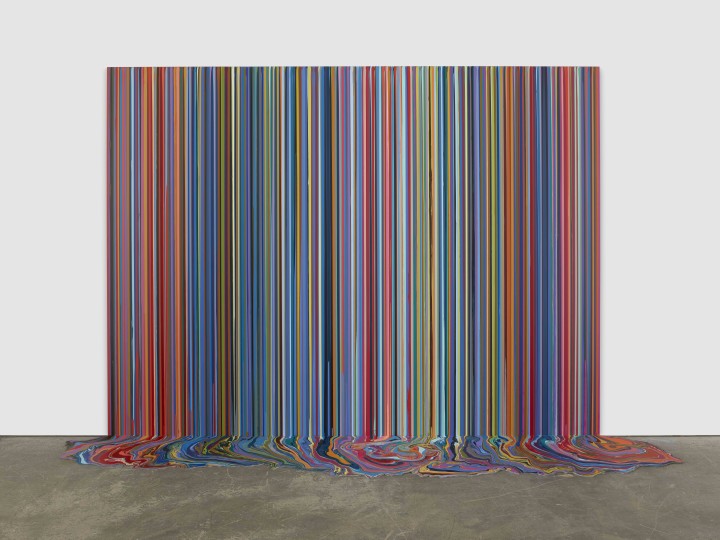 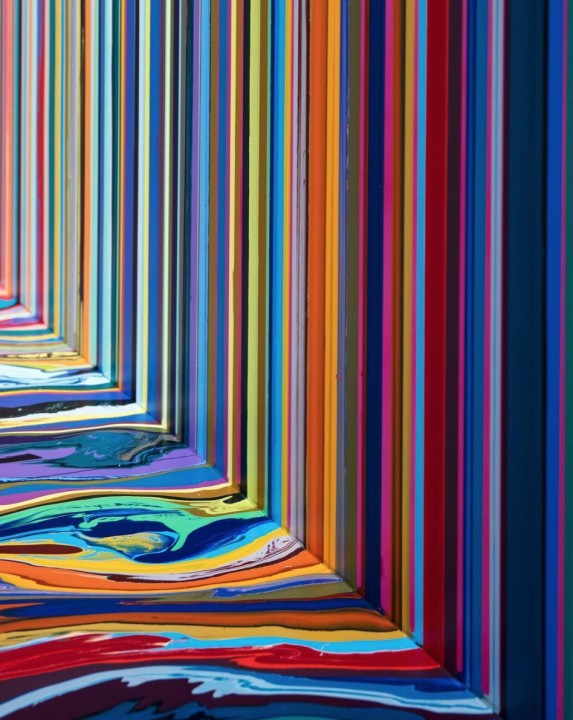 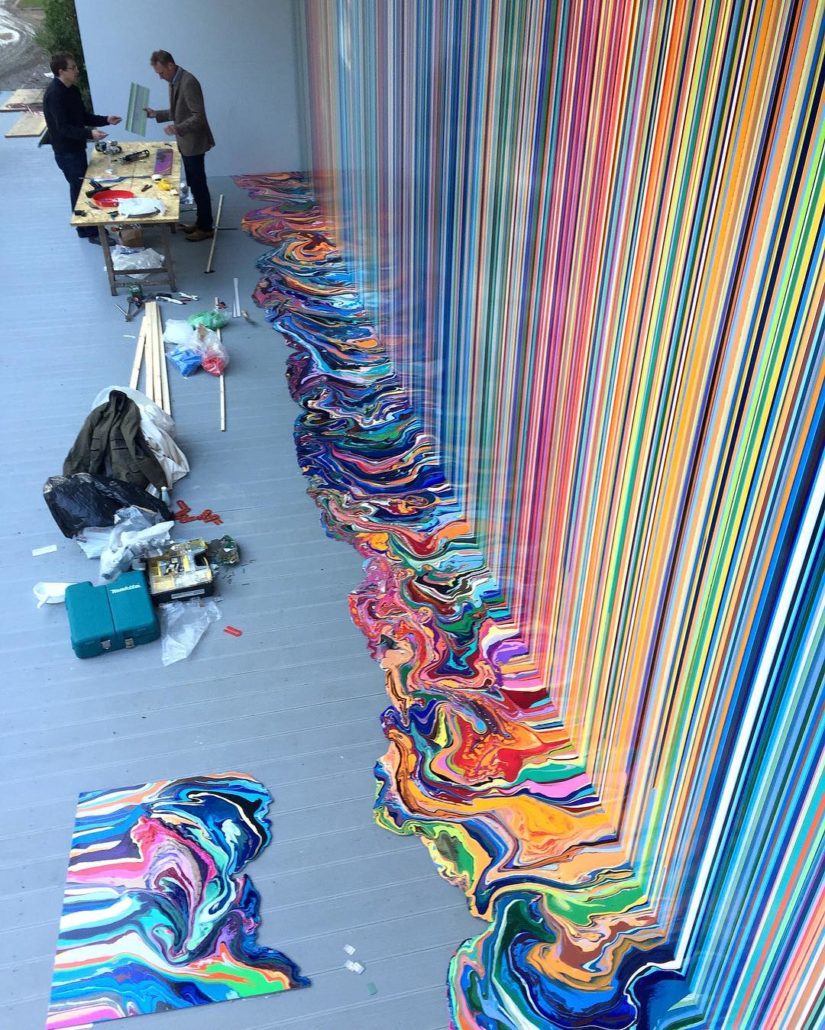 Ian Davenport is one of the artists which nurtures our generation of New Dancers such as Faig Ahmed, Kennedy Yanko or Yann Houri already presented in previous publications.

The first book exposing the complete evolution of Davenport’s Work, published by Thames & Hudson in 2014, features an introduction by Damien Hirst who in early  1987 worked with the artist at Goldsmiths (University of London). From that moment Hirst kept admiring Davenport’s work. They are part of the Young British Artists, an iconic group founded in the late 1980s.

Known for his “poured line” created since the new millenial, Ian Davenport takes us on a journey between two dimensions whose very natures are opposed.

The artist’s paintings evolve on several dimensional planes; verticality, horizontality and temporality. We find similarities in some tapestries by Faig Ahmed. The shift from the straight vertical line – reminiscent of the emblematic grid of modernism – to the fluid curves created on the horizontal surface – allowed by the flow of time and matter on the vertical surface- questions us.

Our perception of the world, Space and Time, our limited perspective as human beings, seem to be evoked in Ian Davenport’s paintings. The material becomes tools and subject, a key concept for the Artists of the New Dance. Getting out of the known “frame” and dimensions in order to explore other parts of reality once again makes art a tool for questioning and Research.

The vertical straight line breaks free in endless curves as time passes. The painting becomes flexible, moving, almost dancing. The Mater is naturally organized. Would she have free herself from certain shackles? The contrast of the two parts of Ian Davenport’s poured line refers to the dichotomies present in nature, in our behavior, our thoughts, our societies. Here the very anatomy of painting also becomes dichotomous. However, this step comes in the second part of the painter ’s act. No division but a change of axis generating a clear opposition in content and form. Indeed, the horizontal part depends on the act inscribed in the verticality, it is its distortion. The two dimensions are closely linked in their technical characteristics; quantity and therefore weight of the material, density and therefore speed and particular intertwining.

“I’m really interested in the movement of paint, it’s about how you control the fluid, but also how the liquid in the paint creates shapes independently. It’s a pretty unusual visual experience. I am really passionate about painting and materials. Ian Davenport

If we come back to the concept of the grid as an emblem of modernism in the second half of the 20th century, it seems that Ian Davenport is one of the smugglers between this « old world » and « the new world », the 21st century its New Dancers. It is indisputable to note the work preceding Ian Davenport; Morris Louis’ work of course. Again we observe that in Nature and the history of art; “Nothing is lost, nothing is created, everything is transformed”.

Work with us or just say hello, we would love to chat with you.

Extraordinary stories in the wide world, by André Cervera
Scroll to top
We use cookies to guarantee you the best experience on our site. If you continue to use the latter, we will consider that you accept the use of cookies.Ok