The Maison des Arts de Bagneux, which can now be visited by private appointment, has been presenting, since 6 November 2020 and until 30 April 2021, essential pieces by the artist André Cervera.

This is a godsend for the exhibition centre in the Haut-de-Seine region, which is now programming the artist who was encouraged by Robert Combas and Michel Zoom, the “poet of Free Figuration”, and who, with Aldo Biascamano and Tino Cosentino, formed the subversive YAROS collective. At the time, they painted with rage, for a “total art”, in a quasi-tribal practice: live paintings with six hands on all supports, happenings, droll provocations. They advocate, in a joyful simulacrum, poetic trance, mixing theatre, experimental cinema and hallucinated performances. The YAROS adventure lasted from 1982 to 1986. Today, André Cervera’s paintings still translate this rage, mastered with time, and conducted with virtuosity.

The exhibition “Extraordinary stories in the vast world” crosses time and continents; each work is an open window on a real or fictional, mythological or religious story.

The so-called Latin Expressionist offers us two floors of complete immersion in his travels in Asia, where the question of meaningful representation is central.

The series of four-handed works with Swarna Chitrakar

On the ground floor of the building, some fifteen works with highly compartmentalized compositions are unveiled: two invoices dialogue on the canvases, mixing figuration and explosive colours in the treatment of current events, such as the attacks of 13 November 2015 in Paris.

A few thousand kilometres from Calcutta, in a village of 1,500 inhabitants, André Cervera meets an unusual Indian Muslim people. In their tradition, all women are painters and undeniably supported by their husbands.

A social, artistic and feminist utopia, which is rejected by the country’s religious leaders, but in which André Cervera finds a haven for creation and a source of inspiration.

When he meets Swarna, she speaks neither French nor English. The creation of four-handed works with her then became the main medium of communication, a universal language. 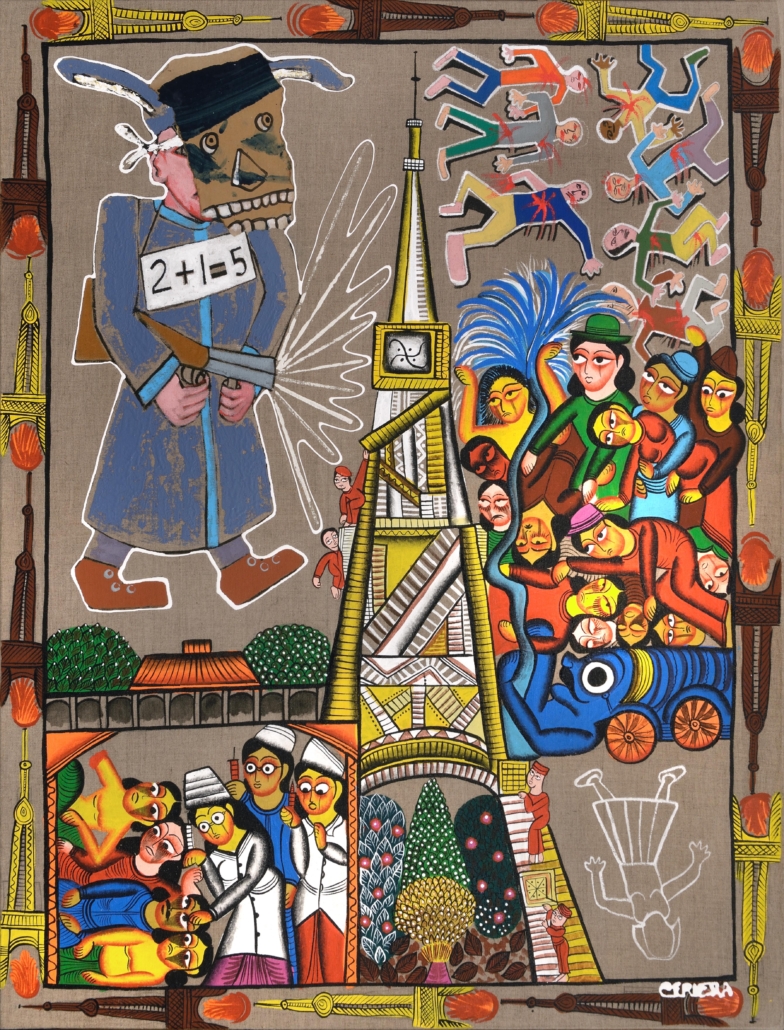 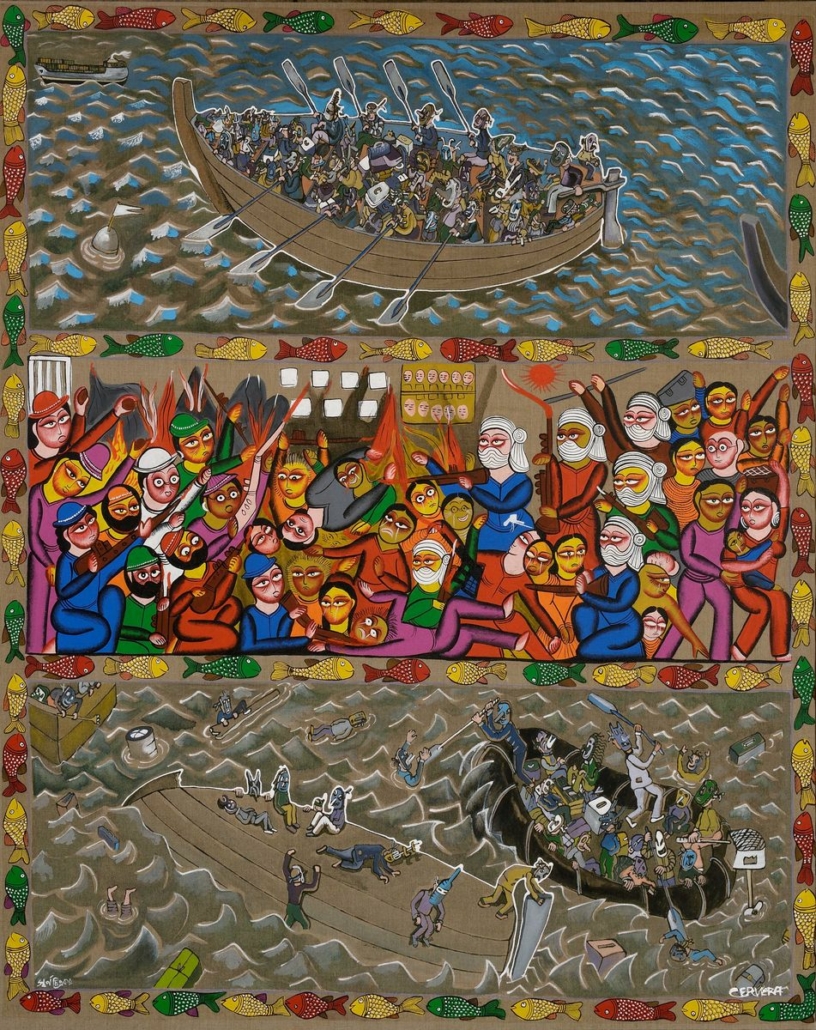 The three Chinese warriors and the series on paper

The theme of angels is still very present in his paintings; flying creatures that find diverse and varied definitions according to the cultures. What is the difference between angel and demon? Do they order soldiers to kill? Or, conversely, do they remind them of their humanity?

This theatrical vision of a Cornelian dilemma will make us notice the ornamented masks of the warriors, in reference to the costumes of the Chinese Opera, whose aesthetics the artist appreciates a lot. This addition creates a doubt: are we on the war field or on a stage? What is certain is that these works remind us of Calderón and his Great Theatre of the World.

Finally, a series of watercolours on paper decorate the walls of the first floor in a more raw, tribal dimension, playing on simplified yet very meaningful forms. Episodes of life are told and their dynamic illustrations brilliantly subject us to a multitude of emotions. 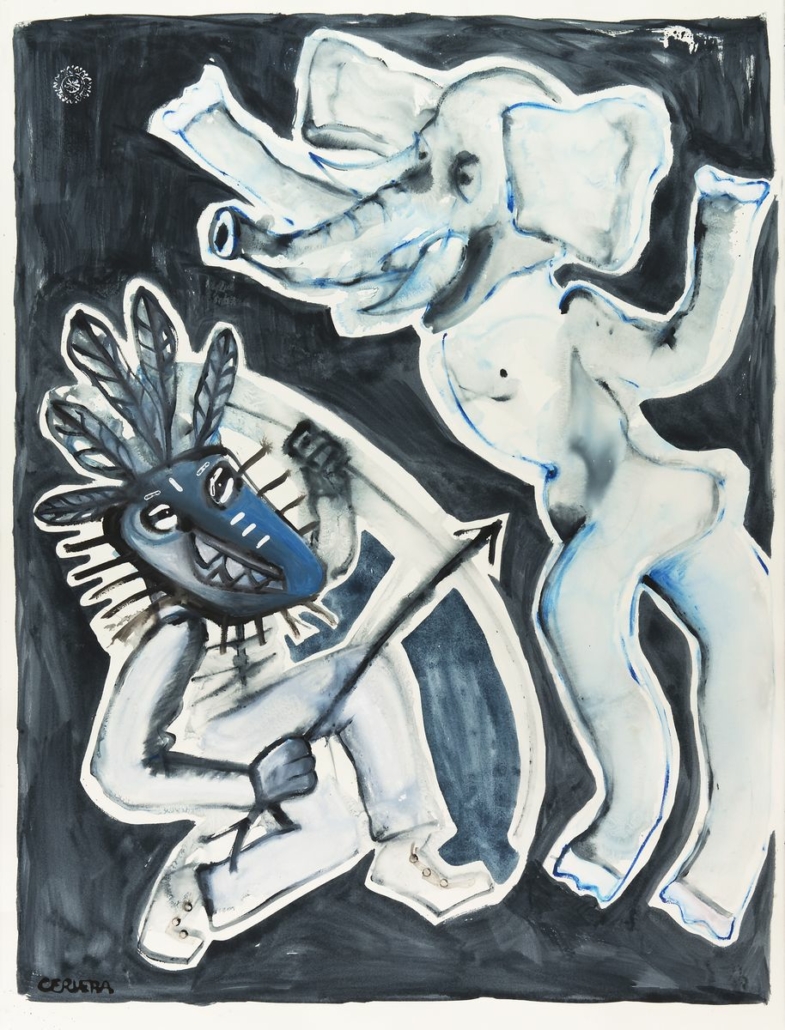 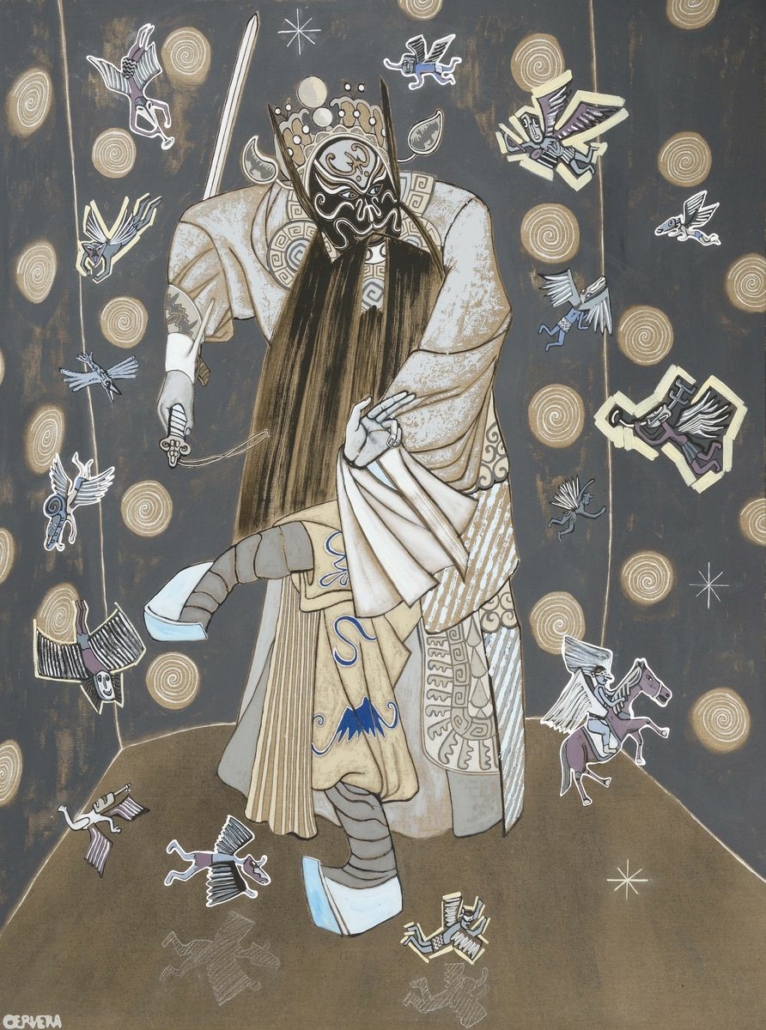 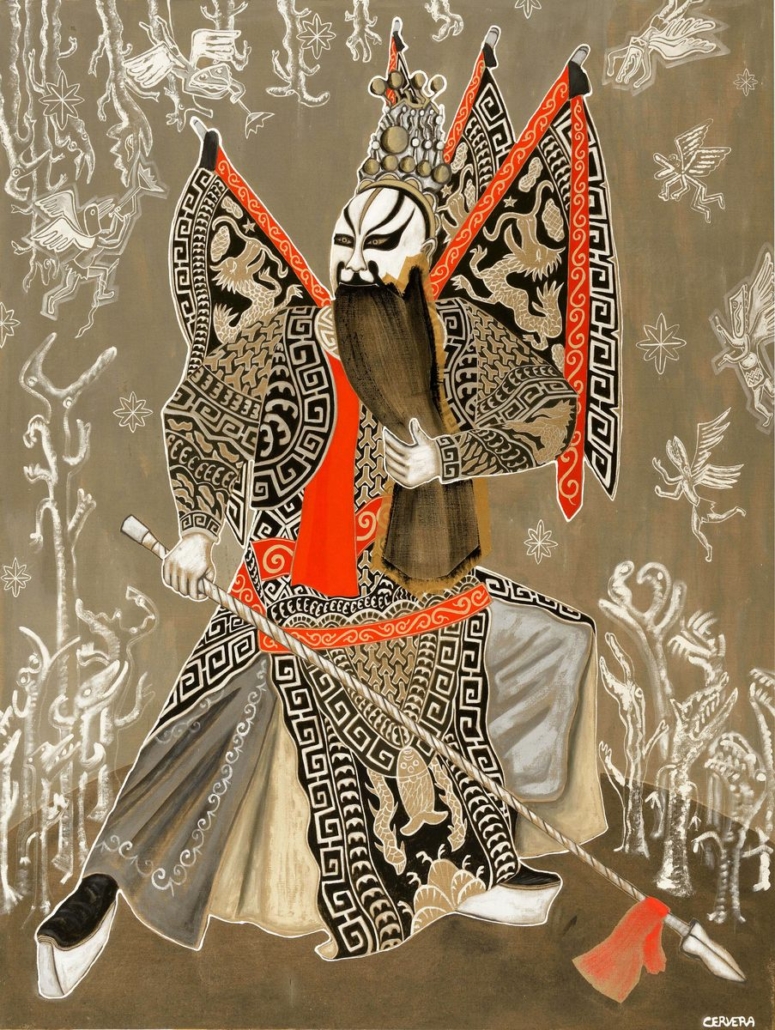 Work with us or just say hello, we would love to chat with you.

Le chant des souvenirs : a look back at an artistic adventure through time,...
Scroll to top